It’s not just that Gianna Clemente has Monday-qualified for an LPGA event a third consecutive week. While that’s certainly impressive enough, consider that she also carded a 7-under 65 at Kenwood Country Club to win by three and earn her spot in the field at the Kroger Queen City Championship in Cincinnati.

At 14 years old, Clemente becomes the youngest player to ever Monday qualify for three consecutive events. She’s also only the second player to do it, following in the footsteps of South Korea’s Hee-Won Han in 2001. Han went on to win six times on the LPGA.

“I definitely didn’t expect a 65,” said Clemente, “but I got the putter on fire.”

Gianna Clemente watches her tee shot on the fifth hole during the second round of the Dana Open presented by Marathon at Highland Meadows Golf Club on September 02, 2022 in Sylvania, Ohio. (Photo by Gregory Shamus/Getty Images)

Monday marked the first time Clemente has qualified on the actual tournament course. Weather kept her from being able to play a practice round at Kenwood, but she did walk 14 of the holes. Her father and caddy, Patrick, walked all 18. Clemente said she didn’t sleep well the night before and chalked it up to life on the road.

Clemente qualified for the CP Women’s Open in late August followed by the Dana Open in Sylvania, Ohio. She has yet to make the cut. The high school freshman was runner-up in her first US Girls’ Junior appearance earlier this summer.

Anna Davis, 16, winner of the 2022 Augusta National Women’s Amateur, is competing this week on a sponsor exemption and saw her friend in the parking lot before she teed off.

“I just told her she’s big-time and to have a good round,” said Davis. “Yeah, but she’s a good friend of mine, and she’s solid. Especially being at that young of an age, I thought I was young, and then she just qualified three times in a row, and I was like, maybe I’m not that young.”

Amateurs must apply for an exemption to participate in LPGA local qualifiers. The Clementes live in Warren, Ohio, and Gianna went to the Dana Open as a kid, mostly following Lexi Thompson.

“I’ve learned that this is definitely what I want to do with my life,” said Clemente, “and this is where I want to belong in the future. I stick out a little bit now because I look young and I am young.”

Clemente said putting is what has held her back of late. Before Monday’s round, she used the metronome app on her cell phone to work on the speed of her stroke. She first began working with putting coach David Angelotti at Sea Island 18 months ago.

“I have a really naturally slow stroke,” said Clemente, “so I do my best to speed it up, and when I speed it up that works.”

Rain closed the course again Tuesday, so Clemente took the chance to catch up on her schoolwork. She worked on her world history, English, science and algebra classes prior to taking several calls from the media. She planned to get out her metronome again Tuesday afternoon.

“It’s definitely a lot easier to prepare now, having already seen the course,” said Clemente, “knowing what it looks like and knowing how to play it.”

Meet the LPGA’s seven first-time winners in 2022, who hail from seven different countries 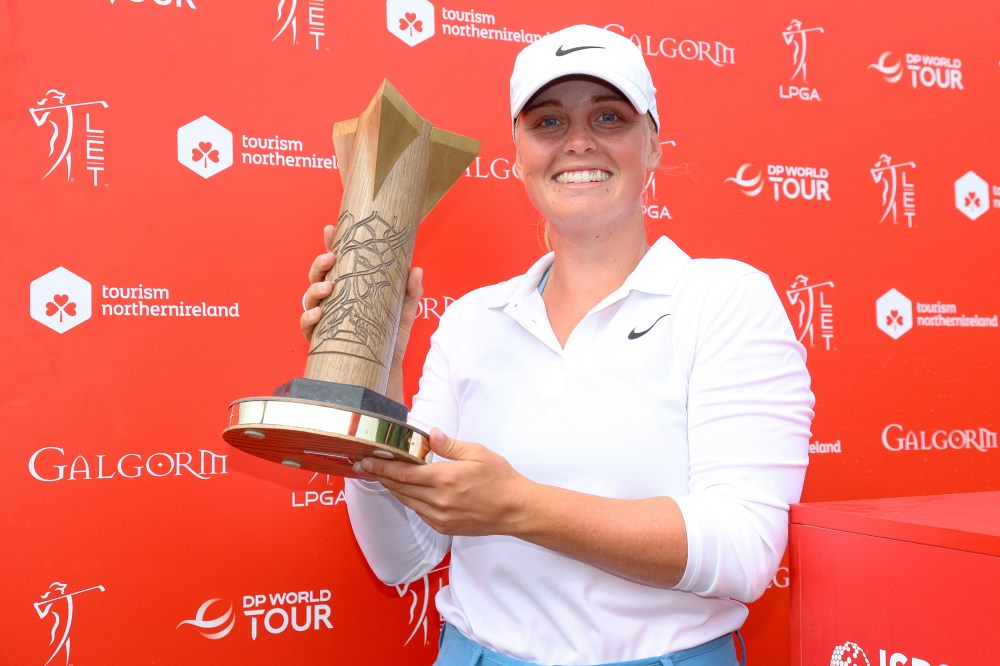