By Jake Nisse and Jack Bezants For Dailymail.Com

Tiger Woods came out on top of a light-hearted Twitter trolling session with Tom Brady on Monday morning, after the Tampa Bay icon reminded the world of his own golfing heroics.

Brady and Woods have a joint business venture called Autograph, which has launched an NFT partnership with the PGA Tour that it says will allow fans to own digital tokens of their favorite golf moments.

The 45-year-old Brady responded to the Twitter announcement with the incredible video of his shot which surfaced back in May.

‘As co-founder, I may need to mandate this one get added,’ Brady said along with a crying-laughing emoji, including the video with his message.

And after Brady tagged Woods to get his opinion, the legendary golfer hilariously put the star quarterback in his place.

‘I remember my first hole-out. And my second. And my third. And…’

Woods capped off the message with a video featuring three of his hole-outs, leading Brady to apparently back off his half-serious request.

‘Alright we get it,’ Brady replied, with a crying-laughing emoji again.

Brady’s initial posting of his shot was liked more than 83,000 times on Twitter, as a drone stunningly captured the shot, with his giddy reaction also being shown earlier in the clip. 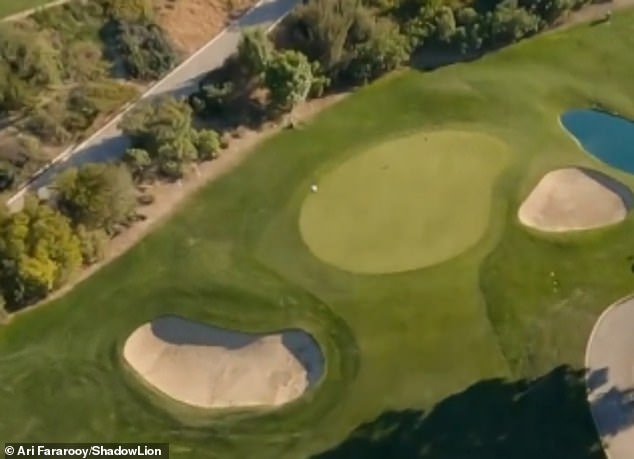 That sort of mood has been largely missing for Brady in the beginning of the NFL season, as he’s cut a frustrated figure despite the Bucs 2-0 start.

The 45-year-old said the offense had ‘a lot to clean up’ after beating the Cowboys in Week 1, and Brady hurled a tablet to the ground Sunday en route to beating the Saints.

Brady and the Bucs will take on the Packers next Sunday.