The 13 Articles, first published in 1744, laid the framework for the game we all play. But how do they differ with what we follow now and are many still used nearly 300 years on? Steve Carroll takes a closer look

Play by the rules. It’s the mantra most of us subscribe to every time we go out and tee it up. But though golf has been going in one form or another for some 600 years, it’s only more recently that the game began to be codified in the way we understand it today.

The first written down rules of golf were compiled by the Gentlemen Golfers of Leith, now known as the Honorable Company of Edinburgh Golfers, back in 1744, and others then took them on, adapted them, and played to their own before the formation of the R&A Rules Committee in 1897 began the modern era that’s continued to this day.

How many of those first statutes do we still adhere to today and how many have changed? Let’s look at those original Rules of Golf, contrast them to the latest edition, and see how they compare. We’ll keep score too, handing out a point to the old rules if they still hold sway, and a point to the modern world if things have changed….

Articles & Laws in Playing at Golf (the original Rules of Golf)

“You must Tee your Ball, within a Club’s length of the Hole”

Today: Yes, they really did that – though golf courses in the mid 18th century were a little different to the striped fairways and lovely greens most of us experience today. You can only imagine what it was like around the hole back then. Today, of course, we have defined teeing areas and Rule 6.1b says you must start each hole by playing a ball from anywhere inside the teeing area.

“Your Tee must be upon the Ground”

Today: No castle tees back in 1744, although players could use sand to give their ball a little lift. Rule 6.2b (2) doesn’t differ too much. It says the ball must be played from either a tee placed in or on the ground, or the ground itself.

Today: “The player must hole out with the same ball played from the teeing area,” states Rule 6.3a. There are a couple of exceptions: when a ball is lost or is out of bounds, or when a player substitutes a ball – whether they were supposed to or not. In spirit, though, the ways of 1744 live on.

“You are not to remove, Stones, Bones, or any Break Club for the sake of playing your Ball, Except upon the fair Green & that only within a Club’s length of your Ball”

Today: What exactly is a Break Club? Anyone out there know? Aside from the obvious that it almost certainly broke your club. Or was it just bits of broken club? Shafts were a bit flimsier in the old wooden era. What we’re otherwise looking at here, though, are good old fashioned loose impediments. Golfers were a bit more hardcore back then. No shifting stones – or bones! – from near your ball on the course, and only within a club’s length on the green. Nowadays Rule 15.1, covering loose impediments, allows you to move them in any way so long as you don’t shift the ball too.

“If your Ball comes among Watter, or any Wattery Filth, you are at liberty to take out your Ball & bringing it behind the hazard and Teeing it, you may play it with any Club and allow your Adversary a Stroke for so getting out your ball”

Today: Behold, penalty areas. Or, as we used to call them, hazards. This looks like a very early version of back-on-the-line relief from water and the penalty stroke that comes with it. I’m not sure if I’m reading this too literally, but I certainly wouldn’t mind being “at liberty” to tee it up too. I’m also going to try to use “wattery filth” in conversation more often. 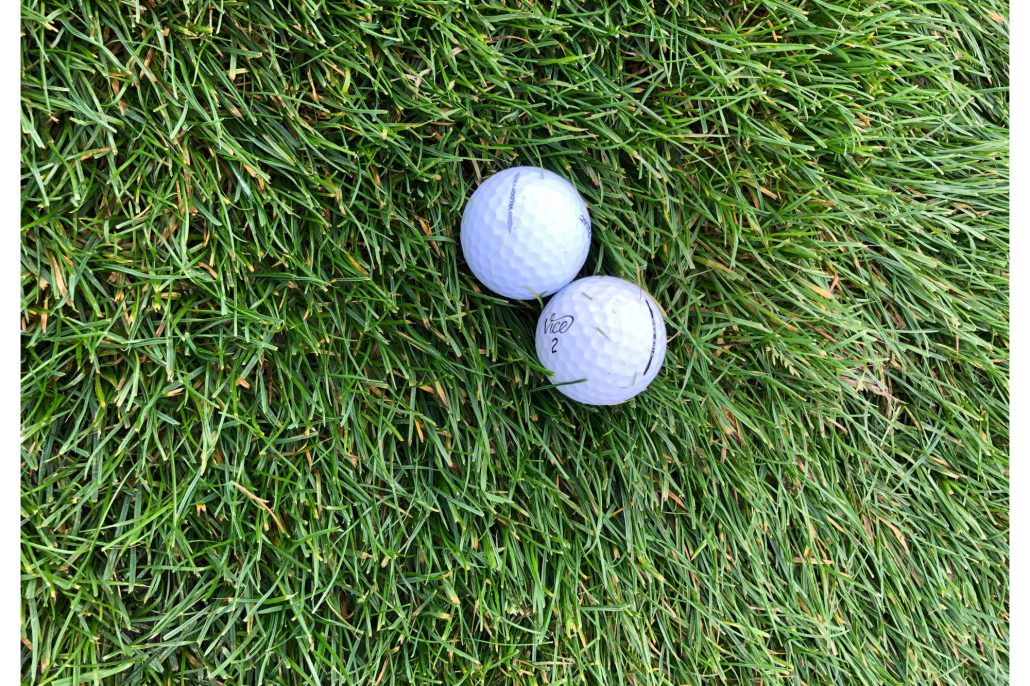 “If your Balls be found anywhere touching one another, You are to lift the first Ball, till you play the last”

Today: This has morphed a bit into what we now know as Rule 15.3 – when a ball helps or interferes with play. Now, interference exists if another player’s ball at rest “might” interferes with area or intended stance or swing, is close enough that it might when in motion hit another ball, or is just “close enough to distract the player in making the stroke” . I reckon the Honorable Company might have frowned at that one, so we’re giving the spoils to the Modern Rules.

“At Holling, you are to play your Ball honestly for the Hole, and, not to play upon your Adversary’s Ball, not lying in your way to the Hole”

Today: This one has stumped me a little. Was it merely talking about playing a wrong ball (Rule 6.3c) or – reading it very literally – was there ever a time when you could just putt your ball onto your playing partner’s to shift it out of the way? Match play was what everyone played back in 1744 and I suppose you’d need to stamp down on player’s smacking their ball onto their opponents and sending it careering. Today’s Rule 11.1a ends any possibility of such skulduggery, handing out a two-stroke penalty if, when putting from the green, a player’s ball in motion strikes another at rest on the putting surface. 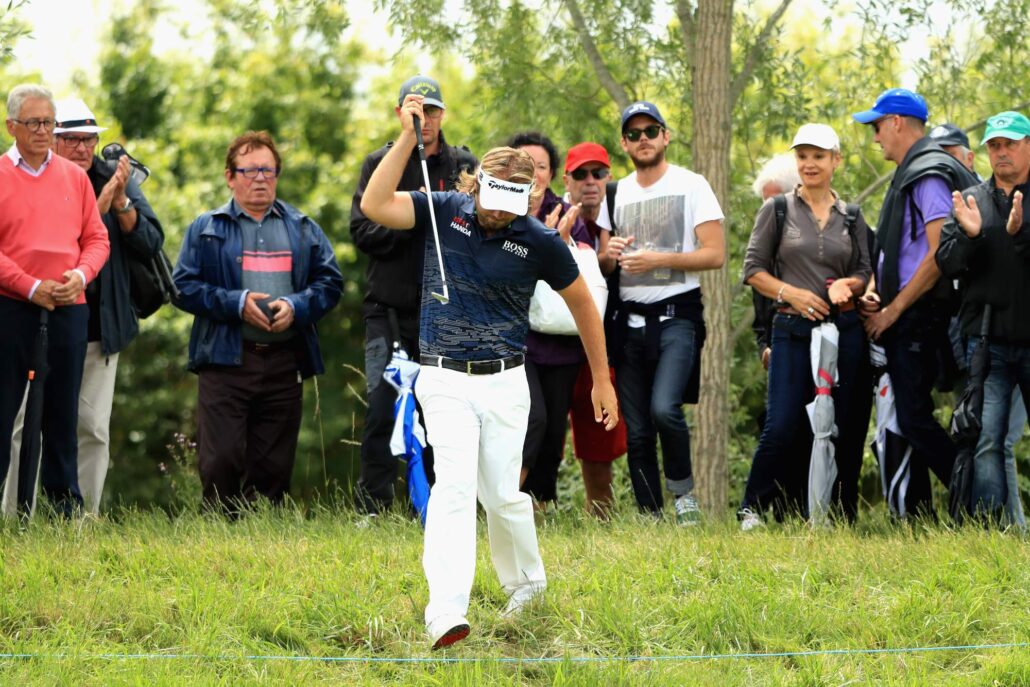 “If you shou’d lose your Ball, by its being taken up, or any other way, you are to go back to the Spot, where you struck last & drop another Ball, And allow your Adversary a Stroke for the misfortune”

Today: Lost balls and stroke and distance! This has flipped and flopped plenty down the years. At one point in history, you only lost a stroke and not distance and wouldn’t some of us enjoy that again. We’ll leave aside some of the complexities – “by its being taken up” for instance – and simply say that the principle of today’s Rule 18.2 is hugely similar. Ball lost or out of bounds? Stroke-and-distance relief must be taken.

“No man at Holling his Ball, is to be allowed, to mark his way to the Hole with his Club or, anything else”

Today: We know this today as “creating a pathway to the hole”. Rule 8.1a, actions that improve conditions affecting the stroke, as well as Rule 13.1c (2), says that’s a no-no – and that’s despite all the things we can do to repair damage on the putting green. A fundamental principle of the game has endured.

“If a Ball be stopp’d by any person, Horse, Dog, or anything else, The Ball so stop’d must be play’d where it lyes“

Today: People don’t like this rule now, and they probably hated it back then as well. This has largely endured in Rule 11.1b, when a ball in motion accidentally hits a person or outside influence. Now, as was the case nearly 300 years ago, the ball must nearly always be played as it lies.

“If you draw your Club, in order to Strike & proceed so far in the Stroke, as to be bringing down your Club; If then, your Club shall break, in, any way, it is to be Accounted a Stroke”

Today: Thank the Golf Gods for modern equipment. These days, things very rarely break. In 1744, a club snap was an occupational hazard of playing the game. If we look at an interpretation to the modern definition of stroke, though, you’ll see there are various iterations where a club that breaks during the downswing still counts as a stroke. It’s not in “any way” as the old guard had it, but the main features still apply.

“He, whose Ball lyes farthest from the Hole is obliged to play first”

Today: The idea of ​​Ready Golf, introduced in the 2019 Rules of Golf, might appear to have consigned this to history – outside of the very different discipline of match play. But even though we’re encouraged to get on with it if it’s safe to do so, Rule 6.4b still says that after all players have started a hole “the ball that is furthest from the hole should be played first”. 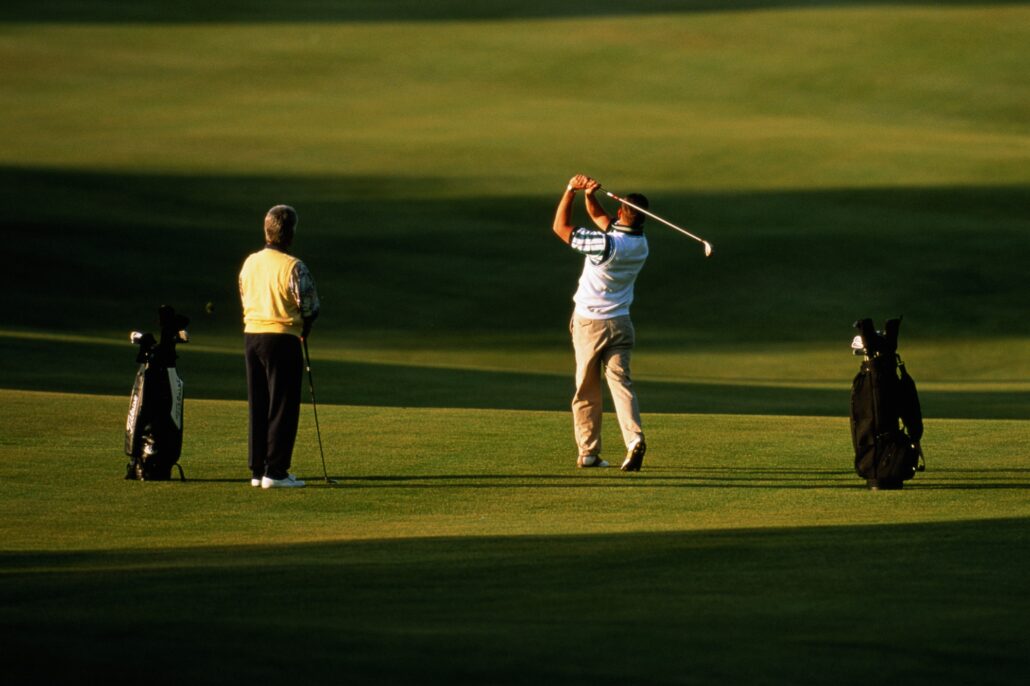 “Neither Trench, Ditch or Dyke, made for the preservation of the Links, nor the Scholar’s Holes, or the Soldier’s Lines, Shall be accounted a Hazard; But the Ball is to be taken out teed/ and play’d with any Iron Club”

Today: Scholar’s ​​Holes? Soldier’s Lines? Who knows. This looks very much like an early Local Rule. Well we all know how they have developed. The Official Guide to the Rules of Golf has a section of its own on Local Rules, spelling out the wild, weird, and wonderful ways the rule book can be adapted depending on conditions at your club.

The old rules have it, and it’s a trouncing!

Seriously, though, it’s quite reassuring to see how many of the original principles of the game are still in place. Golf is still pretty much a game where you play the ball as it lies. But they keep on evolving and I think we’d all agree what’s changed has been for the better.

Have a question for our Rules of Golf expert?

Despite the simplification of the Rules of Golf at the beginning of 2019, there is still plenty in the rule book that leaves us scratching our heads. As I’ve passed the R&A’s Level 3 rules exam with distinction, I’ll try to help as much as possible. If there’s a subject, you’d like me to get into, why not tweet me? You can also look up our weekly Rules of Golf explained column.